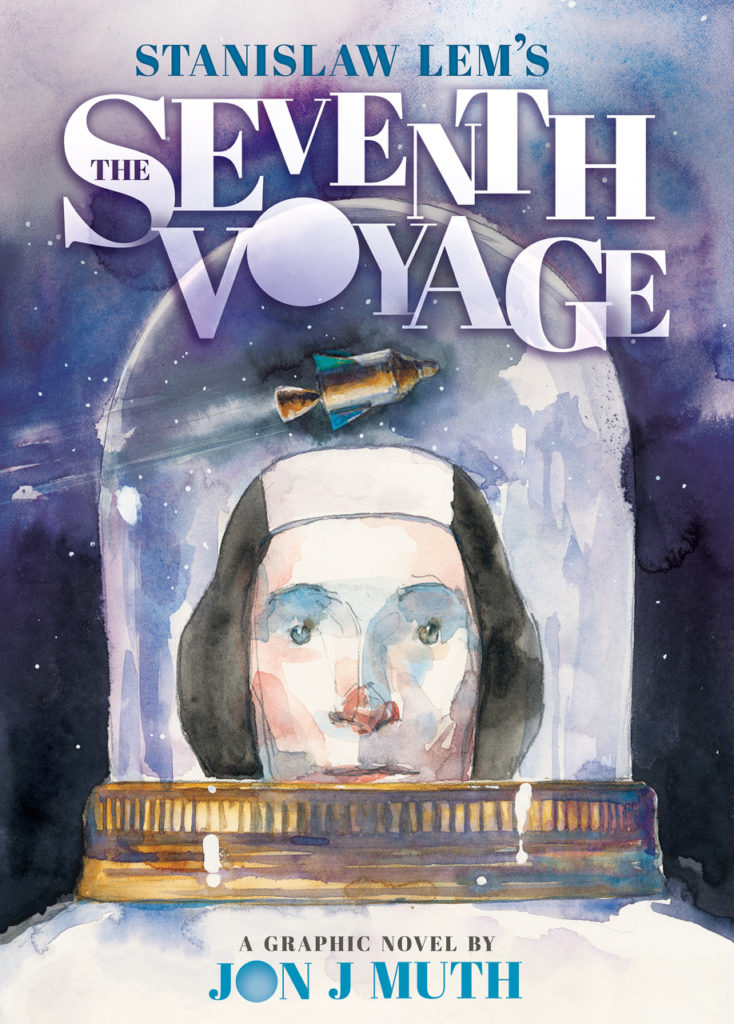 We are thrilled, as Jon J Muth is a renowned author of graphic novels and the recipient of many awards. His work based on one of Tolstoy’s stories was called “quietly life-changing” by the New York Times Book Review.

Delicately washed panel artwork by Caldecott Honoree Muth (Zen Shorts) underscores the hilarity of late Polish author Lem’s short story, originally published in 1957. Unable to repair his spaceship’s rudder alone, astronaut Ijon Tichy enjoys a “modest supper,” works some calculations, and heads to bed. (Readers will note with amusement the spacecraft’s cozy domestic fixtures: striped pajamas and pink oven mitts, an overstuffed armchair and fully equipped kitchen.) He’s awakened by another astronaut (“We’re going out and screwing on the rudder bolts”), but as there is no other astronaut—Tichy is the only one aboard—he dismisses the second as a phantom. Slowly the situation becomes clear: Tichy has entered a time loop, and the other astronaut is Tichy himself, as he exists 24 hours in the future. Lem follows the idea into absurdity as the Tichys multiply (“I saw my Monday self staring at me… while Tuesday me fried an omelet”), then descend into slapstick chaos, beginning to “quarrel, argue, bicker, and debate.” Though the multiple iterations may feel chaotic for some, Kandel’s translation and Muth’s art imbue the original with a crystalline, humorous clarity and delight. Ages 8–12. (Oct.) https://www.publishersweekly.com/9780545004626